On Sunday, April 28, 2013, Geraldine Kay Meyer died at the age of sixty-two years from cancer and pneumonia.

Geraldine was born July 24, 1950 in Alexandria, the daughter of Alfred and Leila (Dokkebaken) Meyer.  She attended school in Carlos and graduated from Jefferson High School in Alexandria.  Following her schooling, Geraldine moved to the Twin Cities where she learned accounting and worked for many years as an accountant.  Geraldine often returned home on weekends to spend time with her parents.  In 1998, Geraldine suffered a stroke and moved to the Carlos area.  Most recently she was a resident in Nelson.

Geraldine was a member of the VFW Post 936 Women’s Auxiliary. She enjoyed music and woodworking.  Geraldine was a very private person and liked to maintain her independence.

Geraldine is survived by her many cousins and friends.  Her parents and several aunts and uncles preceded her in death.

Mary was born at Our Lady of Mercy Hospital in Alexandria, on May 23, 1950; the oldest child born to Philip and Elaine (Bruzek) Mullen. Mary was baptized at St. Mary’s Catholic Church in Alexandria in June of 1950. Mary was one of the first babies to be baptized in the New Stone Church, now called the Great Hall. She received her first Holy Communion and Confirmation there too. Her schooling took place in the Alexandria schools. She missed much school because of her Bipolar Mental Illness. She was so proud to receive her G.E.D. Certificate in spite of her hardships.

Mary was so very special to many of us. She worked hard, mowing lawns and helping others. Mary also liked to shop for cards and gifts. Her sports included going fishing with her father and driving snowmobile which she purchased for herself. Mary lived in St. Cloud and some surrounding towns for 20 years. She lived in group homes there and learned special skills. Mary loved all flowers. While living in St. Cloud she was privileged to visit Munsinger Park often. One day Mary read an article in the St. Cloud paper of plans to build a Rose Garden there called the Virginia Clemens Rose Gardens. The Clemens family also provided six formal gardens for all people to enjoy. Mary has spent many hours in those beautiful areas.

Mary lived at Bethany Home in Alexandria for 2 years and 8 months while receiving dialysis at this time, three times a week. We were so lucky to have her with us at this time.  A special thank you goes out to all of Mary’s caregivers and the understanding and caring people at dialysis and to her family and friends. She will be missed.

She loved life, laughter and the beauty of God’s creations. Her greatest joys were her children and family. Her zest for life and her faith allowed Wendy to be with us far longer than she was first told. We were blessed and will always treasure our memories of a daughter, sister and mother.

Wendy wanted us to thank all of her friends for their support and prayers; with a special thanks to Dr. Amatruda, Jean, and the Allina Hospice team. Her family wants to thank the sisters at Our Lady of Good Counsel Home for the kind care they provided. 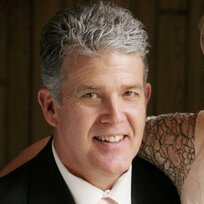 Craig was born January 18, 1950 in Richfield, Minnesota to Vern and Rhoda Nelson.  He moved to Alexandria, Minnesota with his family in 1964.  He graduated from Jefferson High School in 1968 lettering in varsity football and track.  While attending high school, he worked part time at the company managed by his father, Donnelly Plastics.  In the autumn of 1968, Craig began tertiary studies at Moorhead State College [now University] where he met his first wife and the mother of his children.

He started his family in Saint Cloud, Minnesota where he worked most of his life managing a Radio Shack.  Later, the family moved to the Twin Cities where they built a house in Woodbury and where Craig worked in sales.  Nearing retirement, Craig moved his family to Satellite Beach, Florida where he took a job as a sales person for an internet technology company.

Becoming a single man and raising his two young children, Craig indirectly contacted his second wife.  They lived together in Florida and then moved to Melbourne, Australia where they married.  After 3 years, he developed oesophageal cancer.  He went through cancer medication trials in order to help others and survived for 4 years.

The Nelsons lived in Alexandria where Tim attended school.  When he was a senior, the family moved to Cedar Rapids, Iowa where he graduated from Kennedy High School in 1968.

Inez was born September 24, 1950 in Alexandria to David and Margaret (Anderson) Ondracek. She grew up and attended Alexandria schools, graduating from Jefferson High School in 1968. She married Val Roberts on April 26, 1969 at Spruce Hill Lutheran Church. Over the years Inez worked at General Molding in Minneapolis, as a receptionist at Long Prairie Hospital, Lake Country C & C, and A.A. Johnson Tool. Val and Inez were owner/operators of the Long Prairie Laundromat & Car Wash and she was also employed 10 years as a Payroll Associate at Banta Publications-Long Prairie/ RR Donnelley.

She was active in the Long Prairie Jaycees, the Douglas County Historical Society, and was a church trustee at American Lutheran Church. Inez was a charter member of the Country Cruisers Car Club where she served as president and secretary, and was a member of the Vintage Car Club in Alexandria. She loved to drive her black El Camino and was also an animal lover.

She was preceded in death by her parents, David and Margaret Ondracek.