Merle was born on February 8, 1950, in Alexandria, Minnesota the son of Martin and Eldore (Hanson) Trousil.  He attended country school in Lake Mary Township and then attended Alexandria High School.  After his schooling, Merle worked for a short time in the meat department at Pete’s and then for Wedums Supply before working for the CP Railroad for 30 years.  Merle was united in marriage to Cindy Jacobsen on July 4, 1979 at Calvary Lutheran Church in Alexandria.  The couple purchased Merle’s grandma’s home in Alexandria where they raised their three children.

Merle enjoyed playing the concertina and was in the L & M Band and Applejacks Band.  He had a love for animals, trains and listening to Elvis.  He loved to help friends and family and he always said, “Merry Christmas!”

He is preceded in death by his parents and brother, Roland.

Curt was born in Alexandria on January 31, 1950 the son of Frank and Clara (Danelke) Tvrdik. Curt grew up in Alexandria and graduated from Jefferson High School.  He then attended Alexandria Technical College for Mechanical Drafting.  After completion of the program, be began to work at FMC in Minneapolis.  Curt returned to Alexandria and was united in marriage to Debra Kalina at St. Mary’s Catholic Church on July 20, 1973.  Curt and Debra had two children: Katie born in 1976 and Adam born in 1980.  Curt began working for Frank and Henry Tvrdik Construction and then Bosek Masonry.  In 1980 Curt, along with his brother Rodney and his cousin Kenneth Tvrdik, started Tvrdik Concrete.

Curt was an avid fisherman and hunter.  A couple of his favorite quotes were “Only 141 days until deer season,” “OK—one more and I gotta go,” and “I’m going around the block; I’ll be right back.”   Curt loved to deer hunt and always knew how many days until the deer opener.  Curt also loved to play softball for the Alexandria VFW and the Hideout teams.  He loved sports especially football and watching the Vikings.  Curt was a charter member of the North Country Bassin’ Club and also an active member of the Forada Lions Club.  Curt was very involved with the Lions Club and always volunteered his time for any project or event the Lions Club was involved with.

He was preceded in death by his grandparents; aunts, and uncles.

Buckley, Cindy age 56, of Plymouth, Minnesota, passed away November 21, 2006 after a courageous battle with ovarian cancer.

Tim was born November 15, 1949 in Alexandria, the first child of Gerald “Poik” and Helen (Powell) Weatherwax.  He served 11 years in the United States Navy, and worked at EMC Corp., formerly Data General, for 33 years.

Among his many hobbies, he enjoyed golfing, bird watching, trivia, and spending time with his dogs.

Tim was preceded in death by his parents; and his wife, Marjorie Ellen Weatherwax.

The following tribute was written by Carole’s brother Dean.

You entered our lives as Carole Joy, the 4th of 5 children born to Russell and Bernice Westad.  Your name was fitting—always joyful, always cheerful.  Your early and happy childhood days were spent trying to hold your own within a family of 4 brothers.  You managed quite well, considering—always maintaining your identity and independence.  Grade school days were spent in rural Battle Lake, part of high school in Parkers Prairie, and you graduated from Jefferson Senior High School in Alexandria in 1968.  You weren’t a great lover of academia—having fun seemed to be a priority.  You eventually mastered the art of having a good time.  Sometime after high school you captured the heart of Orly and became Carole Bjerketvedt on February 28, 1970.  It was apparent to all who knew you both that you shared your sorrows and triumphs.

Your home was frequently a focal point for gatherings of friends and family.  You loved to entertain and had a special way of making everyone feel comfortable at your home.  Your most recent home at Clitherall Lake was a warm and wonderful place for “get togethers” of all kinds.  It quickly became a favorite for a weekend or just a restful afternoon.  Family and friends have many fond memories of the special events you hosted—family picnics, fishing outings, water volleyball, and horseshoe contests.  But, it was your presence, warmth, and joy that we remember most.

For all of us who care about you and love you, your leaving was much too sudden and far too soon.  But in this moment of our greatest sorrow, we can take comfort in knowing your spirit lives on and that you have once again returned to the loving arms of He who first gave you to us.  All the good memories will live on in our hearts.  Thank you for sharing your joy, your love, and your laughter.  Goodbye, Sis.  We all miss you very much.  We love you.

She is survived by her husband Orly Bjerketvedt of Clitherall; her parents Mr. and Mrs. Russell Westad of Alexandria; four brothers: Gary, Dean, Don, and Mark Westad; two nieces, Kimberly and Christy; and one nephew Jason Westad. 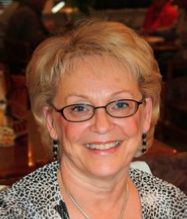 Hoffland, Carolyn M. age 64, of Albuquerque, New Mexico passed away on Saturday May 31, 2014 with her family by her side after a long courageous battle with cancer.

Carolyn was born to Leona and John Wright on April 23, 1950 in Wheaton, Minnesota.  Carolyn enjoyed spending time with, and entertaining, her family.  She took pride in planting and growing her flowers.  Carolyn found great joy in her trips to Hawaii, Alaska, Canada, and the Fuss Cabin in Chama, New Mexico, as well as many trips back home to Minnesota.

Carolyn was an inspiration to the many people she met through online communities who also experienced similar health issues, as well as many others.  She was a huge Lobo basketball fan, as well as supporting her grandchildren in all of their sports and activities. 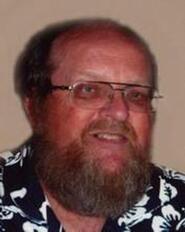 Richard was the son of Alfred and Gladys (Riha) Wunderlich, born May 20, 1949 in Saint Paul, Minnesota.  He had a vivid military career and honorably served in the U.S. Army from 1969-1972 in Korea, the U.S. Navy aboard the USS Enterprise, and the Air National Guard, "Hooligans in Fargo".  Richard was united in marriage to Mertinsia Dolphay on May 23, 1981 in Parkers Prairie, Minnesota.  He worked for R&E Enterprises for 17 years.

Richard was a member of the Seventh-Day Adventist Church and the DAV Chapter 15.  He enjoyed gardening, collecting farm implements, enjoyed crossword puzzles, and playing pinochle.

Richard was born in Alexandria on September 30, 1949 to Carrol and Jean Yager.  He served 4 years in the Air Force and was stationed in Korea during the Vietnam War.  Following his service, he worked as a painter.

He enjoyed drawing, playing baseball, and coaching little league for his nephews.