Perry was born in Alexandria on October 1, 1950 the son of Russell and Viola (Kleweno) Anderson.  He was baptized and confirmed at St. Lukes Lutheran Church in Garfield.  Perry sang many times in church and was in high school band and choir.  He enjoyed hunting with cousins, had a love for animals, spending many hours with his dogs and horse, and spending time with his family.  He graduated from Jefferson High School in Alexandria in 1968 and attended Augsburg College in Minneapolis, Minnesota.

Perry married Sandy Bergman and served in the U.S. Navy aboard the submarine U.S.S. Batfish for nine years during the Vietnam War.  He worked for the Bell Systems Training Center in Lisle, Illinois where he met and married Marcia Centilli.  They made their home in Naperville, Illinois with Patrick Russell and Nicole Jean completing the family.  In 1995, Perry, Marcia, and the kids moved to a farmstead in Decker, Michigan, a home where he spent many happy hours with his family and working on his farm.  He was employed by GM Saginaw Iron Metal Casting as a supervisor.

Perry was an avid hunter and loved the outdoors.  He enjoyed elk hunting trips to Colorado, deer hunting in Michigan with his wife’s family, and made many trips to Minnesota to hunt with his family.

He was preceded in death by his parents, grandparents, and an infant brother, Scott Edward.

She was united in marriage to Timothy Holte on April 18, 1970 at East Moe Lutheran Church in Garfield. To this union five children were born: Trevor, Jonathon, Jeddah, Joshua, and Jacklynn. With Tim serving in the United States Navy, they lived in Tennessee for a short time and in Maryland for 3 years where Marion worked as a nurse.  In 1974 they made their home in Grygla, Minnesota. Marion worked at Northwestern Hospital in Thief River Falls. at REM in Roseau, Minnesota, and she also worked at various other jobs.

Marion helped a lot on the farm; she loved to cook and try new recipes; she enjoyed camping, family gatherings, gardening, sewing, traveling, working with her horses, and was active with her kids in 4-H and school. She was a member of the Community Bible Church in Grygla where she was very active in Release Time, Kids Club, Vacation Bible School and Sunday School.

She is preceded in death by her infant son, Trevor; and her grandparents.

Judy was born September 7, 1950, in Alexandria, the first child of Lowell and Lenore Christianson. She was baptized and confirmed at Spruce Hill Lutheran Church, rural Carlos. She graduated from Jefferson High School, Alexandria, in 1968 and Concordia College, Moorhead, in 1972 with a degree in elementary education. She began her teaching career in Paynesville.

After being diagnosed with leukemia in 1978, Judy underwent a successful bone marrow transplant. She returned to teaching in Paynesville. In 1984, Judy married Marcus Olsen of Garfield. They adopted two sons, Nathan in 1987 and Daniel in 1989. Judy taught at the elementary school in Brandon. Later she devoted her time to family and the family business, Chippewa Farms Greenhouse and Nursery in Brandon. She was an active member of Calvary Covenant Church in Evansville.

She is survived by her husband, Marcus; two sons, Daniel and Nathan; parents, Lowell and Lenore Christianson of Miltona; two sisters, Lynette (Peter) Thorvig of Hinckley and Nancy (Randy) Baker of Hancock; one brother, Larry (Alice) of Miltona; and several nieces and nephews.

She was preceded in death by her grandparents and two uncles.

Marie was born February 9, 1949 in Alexandria to Clyde and Mertyce (Cole) Collins. She graduated from Jefferson High School in 1968. She married Robert Baas on October 7, 1967. She was a member of the VFW Auxiliaries, Outreach Food Shelf, Girl Scout leader, Sunday school teacher and Vintage Car Club.

Her family was the most important thing in her life; being a grandma. She showered them with love, joy and praise. Her unconditional love extended beyond her family and she touched the lives of friends who couldn’t help but love her in return. Marie enjoyed reading, baking, gardening and canning and enjoyed going for rides in their vintage cars to go for ice cream.

She is survived by her husband, Robert; children, Paula (Milo) Scott of Wadena, Timothy (Melissa) Baas of Carlos, and Michael (Amanda) Baas of Holmes City; grandchildren, Tyler and Kendra Scott, Jordon and Harliann Baas and Hunter Baas. She is also survived by her brothers, Gary Williams and Dennis Collins; and sister, Patricia Owens.

She was preceded in death by her parents and two brothers. 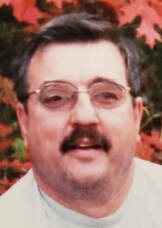 He attended Jefferson High School in Alexandria and graduated with the Class of 1968.  After starting studies at Alexandria Technical College, Donny entered the military.  He joined the U.S. Navy and served his country during the Vietnam War.  He served two tours of duty and was a member of the Brown Water Navy reconnaissance missions.  Donny was injured in the line of duty and after the war, he returned to Alexandria in 1972 and completed courses at Alexandria Tech in Machine Shop, Fluid Power and Tool Making.  Donny, also known as 'Duke,' was hired to work on heavy equipment for a company in Chicago.  After three years he moved to Pekin, Illinois where he worked for the coal mines on their heavy equipment.  He returned to Alexandria in 1984 and over the years worked on heavy equipment, living in Monticello, Minnesota and working in Plymouth and eventually in Golden Valley working for General Mills.  After a dedicated and long career, he retired in 2012 to a home in Big Lake, Minnesota.

Don was a life member of the Disabled American Veterans and was a past member of the American Legion.  He was an avid hunter and proud member of the National Rifle Association.  Other hobbies he enjoyed were fishing and going four wheeling with his friends.  He was a kindhearted, yet private man who would never want to bring attention to himself.  He liked to laugh and keep a brave face no matter the challenges life presented.  He will be dearly missed and lovingly remembered.

Don is survived by his stepdaughters and their families, Roma (Chris) Olson of Monticello and Heather Schultz of Big Lake; step grandchildren, Paxton and Reegan Edens, Mariah and Meah Bartholomew; cousins and friends.

​He is preceded in death by his parents. 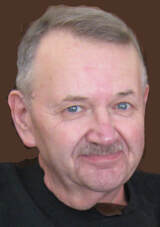 On Sunday, August 18, 2019 Michael Bruce Erickson died at the age of sixty-nine years.

Michael was born November 26, 1949 in Alexandria, Minnesota, the son of Vernon and Betty (Hillstrand) Erickson.  In 1955 Michael and his family moved from Hoffman, Minnesota to Alexandria.  He attended school in Alexandria where he graduated.  Following his graduation from high school he attended the Alexandria Technical College where he learned tool and die making.  Michael began working as a machinist for Withers Manufacturing in Osakis, Minnesota.  He worked at Bellanca Aircraft for several years.  When Bellanca was sold, Michael worked briefly at Columbia Gear in Avon, Minnesota.  In 1985, he took a job with Douglas Machine in Alexandria.  In 1998 Michael was united in marriage to Kimberly Haugen.  He stayed with Douglas Machine until 2012 when he retired due to health concerns.

Michael enjoyed spending time tinkering and building things.  He loved motorcycling and built two tricycles.  He was a member of a motorcycle club for a few years and made trips out to Sturgis, South Dakota.  Michael also liked to fish in the summertime.

He was preceded in death by his wife, Kimberly Erickson; and his parents.

Ray was born on October 30, 1949 in Alexandria, the son of Leo and Esther (Krause) Faber.  He attended grade school in Nelson and in 1968 graduated from Jefferson High School in Alexandria.  He entered military service and served in Vietnam from 1969 to 1971.  Following his honorable discharge, he married Marilynn Hughes.  Ray worked as a machinist at Douglas Machines and later as a floor plan designer at Brenton Engineering.  He was employed at Brenton until being diagnosed with cancer in January of 1994.

Ray was a talented drummer and singer professionally for 29½ years. He enjoyed gardening, bowling, golfing, hunting, fishing, and watching his children play baseball, football, and wrestle.  Ray was a member of the “Silverado” band who are honoring his death by retiring the band’s name.

Gale was born to Eldo and Sally (Gullgren) Falk on February 17, 1950 in Alexandria. He was raised and attended school in Alexandria graduating in 1968. Gale worked heavy equipment construction for over twenty-two years. He was a member of the American Legion in Park Rapids. Gale was an outdoorsman whose hobbies included hunting, fishing, trapping and wood work.

Gale is survived by his daughter Jamie and her husband Darryl Stout of Fort Ripley; his parents, Sally and Eldo (Swede) Falk; one brother, Gary Falk of Eagle Bend; four grandchildren, Nicholas, Christopher, Kay-te-lynn and Logan.

He was preceded in death by one brother, Greg Falk, and his maternal and paternal grandparents.