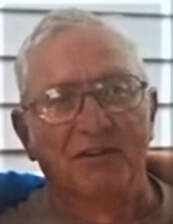 Douglas Ray Hausken, son of Arthur and LaJune (Toft) Hausken, was born on October 30, 1949 in Alexandria.  Doug graduated from Jefferson High School in 1968.  He then enlisted into the United States Navy.  He served in the Pacific Fleet where he had two tours in Vietnam.  He was stationed in Hawaii and also served as a Naval Recruiter in Sioux Falls, South Dakota and Sioux City, Iowa.  Doug was extremely proud of his service to our country for over 22 years.

On May 19, 1973 Doug was united in marriage to Sharon Carlson at First Lutheran Church in Alexandria.  Two sons were born to this marriage, Doug and Mark.  Doug and his family lived in Lennox, South Dakota until 1996.  Then Doug and Sharon moved to Millerville, Minnesota to be closer to their families.

Doug was an excellent cook and liked to grill in the summer.  He was a good gardener, liked to take his dogs out for walks, and loved to hunt and fish.  Doug enjoyed fishing more than anything and taking his grandchildren fishing made the time even more special.  He loved his family especially his grandchildren who lovingly call him “Grandpa Sunshine”.

Randy was born on August 26, 1950 in Independence, Iowa to Kenneth and Marjorie Herington.  His family later moved to Alexandria where he graduated from high school in 1968.  He graduated from St. Cloud University in 1972, received a graduate degree from the American University in Washington, D.C., and began working in 1977 as an aerospace engineer for the NASA Space Shuttle program.

He later moved to Yorba Linda, California and worked for the space shuttle program in the offices at Huntington Beach, Downey, and Palmdale.  He was part of the refurbishing of the space shuttles when his work was done in Palmdale.

NASA honored Randy at the funeral by having Johnson Space Station representative Nanette Cerne present the Herington family with a large picture of the Discovery Space Shuttle as it blasted off on the July 13, 2005 space journey and a United States flag that was flown over the Johnson Space Station in Houston, Texas at half-mast in honor and memory of Randy the day after his death.

Survivors are his wife, Linda; daughter, Alyssa; sons, Kenneth and thomas, all of Yorba Linda; his mother, Marjorie Herington of Branson, Missouri; and a sister Jolene Herington of Mound, Minnesota.

He was preceded indeath by his father; and his grandparents, Floyd and Josephine Wood and William and Mabel Herington.

Survived by loving wife, Laurie; children, Molly and Travis; and many other family and friends.

Jerry was born April 27, 1950, in Breckenridge, Minnesota to Clifford and Anna (Carpenter) Hoaglund. He graduated from Jefferson High School in Alexandria in 1968. He was united in marriage to Sharon Myren on November 17, 1969 in Sisseton, South Dakota. Jerry worked for Herzog Roofing and Buttweilers Do-All. In 1992 he began working for the Douglas County Sheriff’s Office as Jailer/Dispatch and then became Sentence to Serve Supervisor. After being employed there 16 years, Jerry retired in 2007. He was currently employed at Wal-Mart in Alexandria.

Jerry was an active member of the Minnesota Deer Hunters Association having served as Region 7 Director. He was a member of Ducks Unlimited. He also served as president of Alexandria Eagles and as Captain of the Douglas County Sheriff’s Posse. He was a member of AA and very proud of 26 years of sobriety.  Jerry enjoyed hunting, fishing, making fishing lures, watching movies, and reading. But most of all, he loved spending time with his children, grandchildren, and great-grandchildren.

Garry was born in Milbank, South Dakota on May 15, 1950 to Meredith "Dusty" and Dorothy (Kosse) Jarman.

Steve was born on April 26, 1950 in Hope, North Dakota, to Arthur and Dorothy (Dowling) Jensen.  He grew up in the Twin Cities, moving from there as a senior to graduate from Alexandria High School in Alexandria, Minnesota in 1968.  He graduated with a Bachelor of Science from Minnesota State University Moorhead in 1973.  Steve married Sue Gronemeyer on November 19, 1988.

Steve dedicated his career to serve people with disabilities in long-term care, serving in executive positions in both private companies, and non-profit and public agencies.  He was always committed to helping people, particularly children, who were more vulnerable and less privileged, to have their rights protected and to have the best life possible. He was a strong advocate for people with disabilities of all ages to live the most integrated life in the community.  He contributed to causes to help children who were hungry, were refugees and who were abused and neglected.

He enjoyed the arts, acting, and directing in local theater.  He loved being a coach, especially basketball, for his and other children.  He was so proud of his children and of the parents they had become.

He is survived by his two children: Erik and Ryan Jensen, two stepchildren: Brett Barwick and Brenna Bohnen, and eight beloved grandchildren: Gus and Cyrus Jensen, Seth and Alayah Barwick, Sadie Blank-Jensen, Quinlee, Rider, and Ebony Bohnen.  He loved his grandchildren so much!  He is also survived by his sister, Cindy (Keith) Kendall, and brother, Scott Jensen (Lynn), as well as mother and father-in-law, Wendall and Carmen Gronemeyer, nieces and nephews, grand-nieces and nephews, sisters and brothers-in-law, cousins and many friends and respected colleagues. 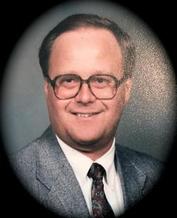 Guy Lommen age 65 of Rochester formerly of Deerwood died on May 28, 2016 at St. Mary’s Hospital in Rochester.

He was born Nathan Guy Lommen on August 27, 1950 in Alexandria to Melvin and Dulce (Faehnrich) Lommen.  Guy married Susan Karel on June 11, 1977 in Minneapolis.

Guy graduated from the Jefferson High School in Alexandria, class of 1968 and Moorhead State University in 1972. Guy was generous with his time and labors, had an unwavering moral compass, competitive when it came to sales contests in his career, and steadfast in holding friends and family close. He worked in route sales for Pepsi-Cola and as a marketing rep for the Minnesota Lottery, retiring in 2013.

He and Susan lived for 26 years on Hamlet Lake near Deerwood where he loved fishing and taking care of his trees and grass. Guy was an active member of the Bay Lake Area Lions, serving multiple terms as an officer and receiving the Melvin Jones Award. As an organ donor, his eyes will be donated and support the Lion's mission for eye banks. Guy also served on the Crow Wing County Transit Board and a term as a Deerwood Township supervisor.

Survivors include his wife, Susan; and a brother, James (Barb) Lommen. Preceding Guy in death are his parents.​