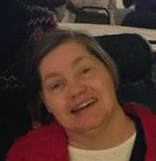 Mary was born on October 25, 1950 to LeRoy and Ella (Myren) Patrick in Alexandria, Minnesota. She grew up in the Alexandria area, attended public schools and graduated from Jefferson High School in 1968.  Mary was united in marriage to Ted Brezina on April 17, 1971 at St. Bartholomew Catholic Church in Villard.  Following their marriage, they moved to Colorado where her husband served in the U.S. Army for several years.  They later settled in the Green Lake and Berlin communities from 1978 – 1993 until moving to River Falls, Wisconsin.  Mary moved to live at Knute Nelson in Alexandria in 2004.

She was an avid sports fan and enjoyed watching the Minnesota Vikings, Twins or any other game on TV.  Mary was a member of the American Legion Auxiliary in Green Lake for over 30 years.  She was blessed by the friendship of a volunteer, Rebecca Perdue, who assisted Mary with all of her correspondence to family and a multitude of friends.

She was preceded in death by her father, LeRoy Patrick; infant brother, Virgil; and stillborn son, Christopher. 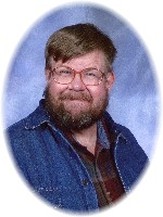 Jim, son of Donald and Beatrice (Diekman) Paulzine, was born on August 24, 1950, in Alexandria.  He grew up on a farm in Hudson Township.  As a boy he was a member of Zion Lutheran Church and attended Zion Lutheran School.  He was a 1968 graduate of Jefferson High School in Alexandria and attended college at Concordia and St. Mary’s, both in the Twin Cities.  Jim graduated with a degree in Medical Records and over the years was employed at Melrose Hospital, Fargo - I 29, CPT in Eden Prairie, Best Buy, Hardees in Alexandria and Koeps in Glenwood.

As a young man, Jim was active in 4-H and served as a State Fair Junior Leader.  As an adult he was employed at the fair for a number of years and enjoyed attending county fairs and the State Fair and helping his nieces and nephews ready their cattle for the fair.  In college he served as the student manager for the Concordia baseball team.  He was also a member of the Y’s Men, the Sons of the American Legion in both Lowry and Glenwood, and volunteered his time at the food shelf.  Jim was a wonderful uncle to his nieces and nephews, often showing up at their various events to show his support.

Jim will be remembered for his friendly smile and warm “hello” to anyone passing by and as a frequent Rainbow Rider passenger who enjoyed making many stops around Glenwood.

He was preceded in death by his father, Donald Paulzine; grandparents, Walter and Ella Diekman and Albert and Fanny Paulzine; and Daniel Dvorak. 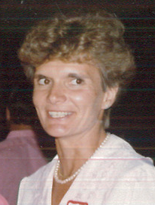 Barb was born March 24, 1950 to Philip and Odilia (Bitzan) Roers in Alexandria. An Alexandria High School graduate, she went on to earn a degree from St. Cloud State University in mathematics and accounting. She married Lyle Femrite July 25, 1972, in Millerville, and they lived in Mankato for the past 25 years. She did accounting for various businesses in Mankato.

A member of Immaculate Conception Catholic Church, she was actively involved in Hospice, Bible study, and Christian Fellowship. She was a creative homemaker who enjoyed the outdoors, gardening, and caring for others.

She is survived by her husband; two sons; Jason of Mankato and Justin of rural Mankato; one daughter, Stephanie Femrite of rural Mankato; her parents, Philip and Odilia Roers of Alexandria; four sisters and their husbands, Catherine and Alan Hansen of Alexandria, Lorean and Dan Crandall of Douglas, Carol and George Hammond of Nelson, and Joyce and Douglas Roden of St. Cloud; and three brothers and their wives, Greg and Mary Roers and Kevin and Ellen Roers, all of Garfield, and David and Jen Roers of Tacomah, Washington; aunts, uncles, nephews, nieces, and cousins.

She was preceded in death by a brother, a sister, and maternal and paternal grandparents.

Roger was born July 5, 1950 in Worthington to Harm and Mary (Jensen) Saathoff. He graduated from Jefferson High School in Alexandria in 1968.
On May 31, 1969, Roger was united in marriage to Anita Hanson at Zion Lutheran Church in Alexandria. To this union three daughters were born, Sheri, Mary and Kari. In 1977, Roger started working for Western Lumber and in 1989 was employed by Hilltop Lumber, where he has been ever since. Roger was appreciated by many carpenters throughout the area and was always willing to help and make sure the job was done right.

Some of his hobbies included stock car racing, demolition derbies, hunting, and fishing. He also looked forward to time spent with his grandkids.

He was preceded in death by his parents, Harm Saathoff and Mary Snelson; and his brother, Siebe Saathoff.

Bill was born May 11, 1950, in Alexandria, Minnesota to Ludwig and Rosetta (Moerike) Schoenack.  He graduated from Jefferson High School, Alexandria, Minnesota.  He was then drafted by the U.S. Army and was honorably discharged June 1972.  Bill then attended Alexandria Area Vocational Technical School.  After his move to Winona, he met the love of his life and soulmate, and on June 14, 1986, he married Susan L. Schultz.  Together they raised two children: Crystal and Adam.  He was formerly employed by Polachek Electric, DS Electric, Crescent Electric, and Judd Electric.  He also was employed at Hal Leonard, Winona.

Bill loved the outdoors, except shoveling snow.  He enjoyed camping, fishing, golfing, reading, and watching baseball and football.  He also loved music.  One of his prized concerts was seeing The Beatles.  Sitting around the campfire with family and friends, especially at their permanent campsite at Money Creek Haven campground was very relaxing and he really enjoyed spending time with his grandchildren.

Preceded in death by his parents, in-laws and a sister-in-law. 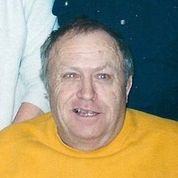 Wayne was born October 23, 1949, to John F. and Evelyn E. (Wilke) Schultz, Sr., in Alexandria. He was baptized and confirmed at Mt. Calvary Lutheran Church in Miltona. He attended Alexandria Public Schools and graduated from Jefferson High School in 1968. Following his education, Wayne worked for R&R Ready Mix in Miltona for nearly 20 years. Wayne moved to Walker where he worked for a cement company until he had a stroke in 1998. Following his stroke, he moved into adult foster care and worked at Alexandria Opportunity Center.

He was a member of Mt. Calvary Lutheran Church. He enjoyed his garden, painting pictures and ceramic molds.

Wayne is survived by his three brothers, Marlo (Lil) Schultz of North Bend, Oregon, John (Marie) Schultz and James (Deanna) Schultz both of Miltona; sister, Barb (Glen) Fuller of Pine River; along with many nieces and nephews.

He was preceded in death by his parents; brothers, Marlin Schultz and Gary Schultz; and sister, Marlys Steidl.

She was born on September 1, 1950 in Alexandria, Minnesota to the late John and Clara Shermak.  Elsie was a legal secretary for 27 years and for over 14 years she was with Homeowner's Financial Group.  She was one a "homie" as one of the original employees from 2004.  Elsie truly loved her job and only stopped working when she became ill.

She is survived by her loving husband Mike, who she married on August 23, 1975, two children John (Kristen) & Karie, sister Lorraine (Francis) Chan and three grandchildren Bryson, Nora & Harrison. Elsie is also survived by her father and mother-in-law Cam & Patricia Campbell. 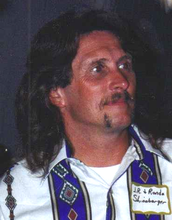 J. R. was born Dec. 24, 1949, in Staples, Minnesota, to Roger and Dona Shinabarger. He graduated from high school in Alexandria and later graduated from Alexandria Technical School, with a degree in law enforcement and worked briefly for the Minnesota Highway Patrol. He enlisted in the U.S. Navy and was sent to Vietnam, where he served as aircrew for reconnaissance missions. He also served in Guam and, upon return to the United States, he served 20 years as a career recruiter, ending his service as supervisor of naval recruiting in Montana, retiring with 24 years of service. In June 1986, he completed an Associate Degree of Arts with honors at Flathead Community College in Kalispell and was a member of ΦΘΚ, Phi Theta Kappa Honors Society.

In 1991, J.R. met his wife, Ronda, at MEPS in Butte, and they married Dec. 27, 1991, in Coeur d’Alene, Idaho. Just prior to his retirement, the couple purchased the Western Clothing Store in White Sulphur Springs, where they moved July 1, 1992. They owned and operated RJR Sports and Western Wear for the next 12 years. J.R. was employed by Meagher County as maintenance/boiler supervisor for 17 years until his retirement in December 2011. J.R. served as past president of the Meagher County Rodeo Club, White Sulphur Springs Rotary Club, member of the Chamber of Commerce, commander of the local VFW and member of the White Sulphur Springs District eight school board as well as the chairman of the cemetery board for some 15 years. J.R. loved animals and had fulfilled a lifelong dream of becoming a gentleman rancher. He enjoyed hunting, genealogy, being at his cabin, caring for his animals, attending his daughters’ high school and collegiate sporting events and being with family, especially his grandchildren, Taylor, Piper, Levi and Lily.

J.R. was preceded in death by grandparents Leo and Dolly Penn and Wilbur and Phyllis Shinabarger. 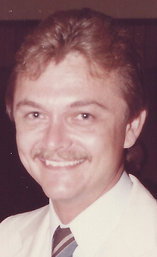 John was born in Devils Lake, North Dakota on December 1, 1950 to John and Marguerite Steffan.

He was president and eventual owner of Robinson Beauty Schools in Minneapolis, Brooklyn Park, Minnesota, and Fort Lauderdale, Florida.  Thousands of successful salon owners, hairdressers, and makeup artists throughout America and the Caribbean that graduated from Robinson’s love and miss him like family.

He loved helping others, enjoyed travel and was an excellent cook. 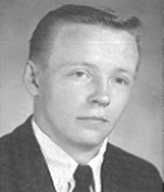 Stan was born on November 18, 1949 in Alexandria, Minnesota the son of Otto and Mabel (Torkelson) Svee. He attended Jefferson High School in Alexandria, graduated in 1968, and furthered his education at Alexandria Technical School.  After graduation Stan worked for several gas stations, Bellanca Air, Webers Transmission, Jennie-O Foods, Menards, and WASP in Glenwood.

Stan will be remembered as a man who loved children, was a wonderful brother and the type of person who would give the shirt off his back to help someone. He enjoyed going to the casino, fishing and collecting bottles. He also loved telling jokes, teasing his family and friends.